In 2019, the value of the Thai medical device market has grown to 176 billion baht (US$6 billion). In other words, this is a 70% increase over the past decade. According to official figures from Thailand’s Industrial Economy Report Office, the Kingdom ranks above Singapore in terms of import/export trade values for medical equipment among the ten members of the Association of Southeast Asian Nations (ASEAN).  Krungsi Research Group forecasts Thailand’s medical device market to grow at an annual rate of 8-10% in 2021. 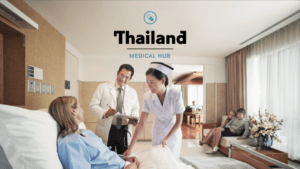 The current market conditions for medical products involve a variety of competitors, from small and medium-sized local companies to international companies, marketing products ranging from simple disposable rubber gloves to surgical robots. This gives you an idea of the growth of the healthcare market.

The Thai government wants to make the Kingdom a high-tech health hub of the future, along with the aerospace, artificial intelligence, bioscience and robotics industries, to increase investment in Thailand by foreign medical manufacturers.  A bright future for becoming Asia’s digital innovation hub. The BOI is encouraging investors by offering them a 13-year income tax exemption in the form of so-called “smart” visas.  This is favorable for foreigners who can stay in Thailand for up to four years without having to obtain a work permit. 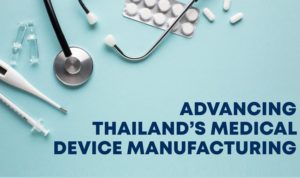 Since 1927, Thailand has proven to investors its medical excellence. King Rama X’s grandfather, Prince Mahidol, earned a medical degree from Harvard University. He passed on his medical knowledge to the Thai people, and his beginnings helped build Thailand’s health care system, which today serves 99% of the country’s 69 million people.

Thailand has recently gained international recognition as a middle-income country that has successfully limited the spread of epidemics, pandemics and other health emergencies.

Another argument in favor of Thailand is the growing demand for medical and other equipment.  Thailand is projected to officially become an aging society by 2030. This large category of the population will have a significant impact on the healthcare sectors. The rate of people aged 65 and over will increase from 11% to 18%, which represents a significant market for hip replacements, knee joints and all other orthopedic devices.

This strong local medical environment and growing global demand for healthcare has enabled Thailand to become Asia’s most lucrative market in the medical device manufacturing sector.

The Importance of SEO for Your Business

The Importance of Digital Marketing for Your Business